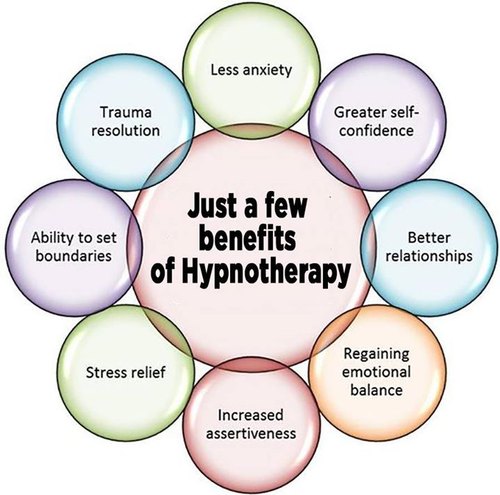 Hypnotherapy — or hypnosis — is a type of nonstandard or “complementary and alternative medicine” treatment. It uses guided relaxation, intense concentration, and focused attention to achieve a heightened state of awareness that is sometimes called a trance. The person’s attention is so focused while in this state that anything going on around the person is temporarily blocked out or ignored. In this naturally occurring state, a person may focus their attention — with the help of a trained therapist — on specific thoughts or tasks.

How Does Hypnosis Work?

Hypnosis is usually considered an aid to psychotherapy (counseling or therapy), because the hypnotic state allows people to explore painful thoughts, feelings, and memories they might have hidden from their conscious minds. In addition, hypnosis enables people to perceive some things differently, such as blocking an awareness of pain.

Hypnosis can be used in two ways, as suggestion therapy or for patient analysis.

What Are the Benefits of Hypnosis?

The hypnotic state allows a person to be more open to discussion and suggestions. It can improve the success of other treatments for many conditions, including:

Hypnosis also might be used to help with pain control and to overcome habits, such as smoking or overeating. It also might be

What Are the Drawbacks of Hypnosis?

Hypnosis might not be appropriate for a person who has psychotic symptoms, such as hallucinations and delusions, or for someone who is using drugs or alcohol. It should be used for pain control only after a doctor has evaluated the person for any physical disorder that might require medical or surgical treatment. Hypnosis also may be a less effective form of therapy than other more traditional treatments, such as medication, for psychiatric disorders.

Some therapists use hypnosis to recover possibly repressed memories they believe are linked to the person’s mental disorder. However, the quality and reliability of information recalled by the patient under hypnosis is not always reliable. Additionally, hypnosis can pose a risk of creating false memories — usually as a result of unintended suggestions or the asking of leading questions by the therapist. For these reasons, hypnosis is no longer considered a common or mainstream part of most forms of psychotherapy. Also, the use of hypnosis for certain mental disorders in which patients may be highly susceptible to suggestion, such as dissociative disorders, remains especially controversial.

Hypnosis is not a dangerous procedure. It is not mind control or brainwashing. A therapist cannot make a person do something embarrassing or that the person doesn’t want to do. The greatest risk, as discussed above, is that false memories can potentially be created and that it may be less effective than pursuing other, more established and traditional psychiatric treatments.

Hypnosis also may be less effective than pursuing other, more established and traditional psychiatric treatments. It’s not, for example, a recognized alternative to established treatments for major psychiatric disorders such as schizophrenia, bipolar disorder, or major depression.

Hypnosis is performed by a licensed or certified mental health professional who is specially trained in this technique.