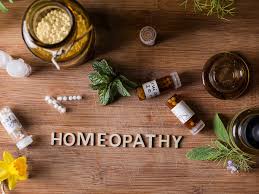 Homeopathy is a medical system based on the belief that the body can cure itself. Those who practice it use tiny amounts of natural substances, like plants and minerals. They believe these stimulate the healing process.

It was developed in the late 1700s in Germany. It’s common in many European countries, but it’s not quite as popular in the United States.

How Does It Work?

A basic belief behind homeopathy is “like cures like.” In other words, something that brings on symptoms in a healthy person can — in a very small dose — treat an illness with similar symptoms. This is meant to trigger the body’s natural defenses.

For example, red onion makes your eyes water. That’s why it’s used in homeopathic remedies for allergies. Treatments for other ailments are made from poison ivy, white arsenic, crushed whole bees, and an herb called arnica.

Homeopathic doctors (who also are called “homeopaths”) weaken these ingredients by adding water or alcohol. Then they shake the mixture as part of a process called “potentization.” They believe this step transfers the healing essence. Homeopaths also believe that the lower the dose, the more powerful the medicine. In fact, many of these remedies no longer contain any molecules of the original substance. They come in a variety of forms, like sugar pellets, liquid drops, creams, gels, and tablets.

During your appointment, a homeopath will ask a number of questions about your mental, emotional, and physical health. They’ll prescribe the remedy that best matches all of your symptoms. Then they’ll tailor the treatment for you.

You can also buy over-the-counter homeopathic remedies at drugstores and health food stores. The dosage and quality of these products depend on the manufacturer.

What Conditions Does Homeopathy Treat?

It’s used for a wide variety of health issues, including some chronic illnesses: