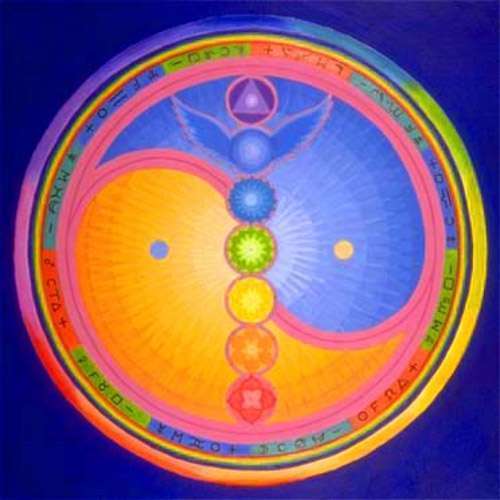 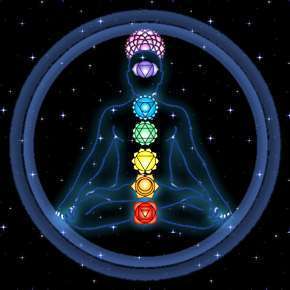 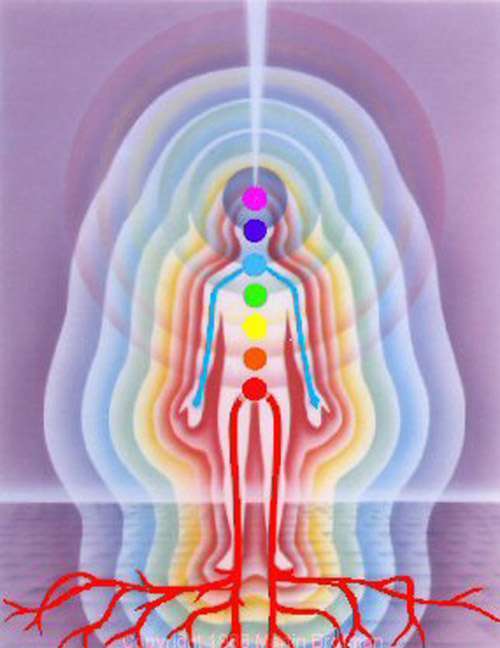 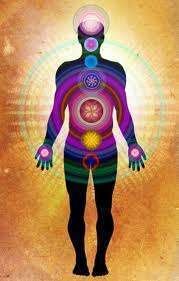 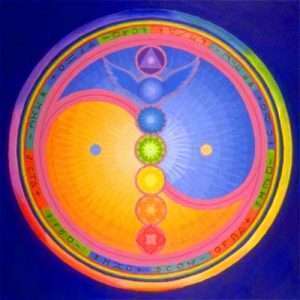 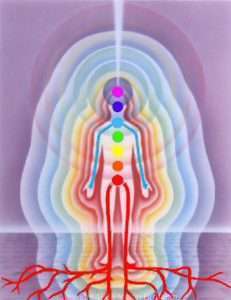 What is the Aura? The AURA can be considered like the energetic territory, or spiritual skin. An aura is something that every living organism has. Some perceive it as a halo or aureole of colored energy, emanating from the body. It is a protective energetic boundary. When there is damage to the aura, it affects the entire organism. Chronic and serious aura damage or insufficiency is usually caused by damage from the environment, such as abusive and unhealthy living, work situations resulting in trapped emotions. Though aura problems can be disconcerting, they are both instructive and eminently fixable.

What are the Chakras? CHAKRAS are a series of energy centers in and outside of the physical body. They can be considered the bodies main energetic glands or organs. The seven major chakras have specific colors that run up the vibrational spectrum. The first base chakra is red, as you travel up the rainbow spectrum it goes to the seventh, violet. The colors have specific purpose, meaning and interpretations. The charkas can be easily read, healed, aligned, and cleansed. Chronic chakra problems can signal health, mental- health, or endocrine imbalances, drug damage, and or long standing acceptance of energy-diminishing contracts (cords, or attachment to others, and non-physical entities). During a Chakra Healing and Cleansingsession, we also include the 8th Chakra and if appropriate, the higher Chakras such as 9th, 10th, 11th and 12th. 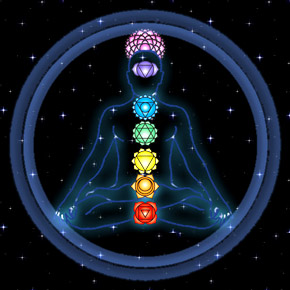 What to expect during a Chakra Clearing session? Your Higher Self will be called in to participate during parts of the session to help guide me to your specific needs and to the order of which Chakra need deeper work, energizing, or removal of entities/parasitical energetic conglomerates.The aura is initially cleansed to remove stagnant emotional debris, in order to make way for the deeper work. The cleansing is done with Co-Creative Science Energetic Processes.The Charkas are rescanned throughout the session for cleansing and re-energizing. The removal and release of any coreds of entities are proceeded with a transmutation process during the Battle Release Process which is safely conducted with loving care and with full protection. It is not my intention to banish, destroy or judge, tangible or intangible energies. Energetic negativity is either transfomed or transmuted to its next higher level in the universe, without determination from us where that may be.